How A Modern Education ERP Can Save You Money

Imagine yourself walking into your office at your university campus, busy day as usual, you call your secretary, let’s call her Suzie, to send in a report on the Month’s finances along with admission requests and pending Opex. She listens, understands, and with a slight yet unnoticeable discomfort in her voice tells you that she will arrange the same but needs an hour’s time, you with a very noticeable displeasure in your voice tell her that she should already have kept it ready.

Suzie knows her job quite well and does it swiftly, she calls the accounts department, requests them for the numbers, Admissions Cell for the stated request and Maintenance/Engineering in chargefor the Opex and a list of potential and past suppliers for them. She gets on to the other mountain of work she has, just like you did, keeping a track of time.

The accounts department with their expertise in Excel – cross reference, vlookup and somehow put together the required information. Since not everyone is as adept at their jobs as Suzie and the various people in the accounts department, the admissions cell have to search through their thick folders for the information and manage it today as they have been doing always. The Engineering in charge distinctly remembers your concern over the need of a new water purifier but has misplaced some files made during the installation of the last one, including details of the supplier, he goes on Google and gets to work.

At the stroke of an hour, Suzie has the information, which she tailors to your requirement in another 10 minutes or so and rushes in to give it to you; she finds you worked up over something else and slides the report on your table knowing she is late.

Now try and imagine the same scenario if you had an ERP, you call Suzie about the reports, she forgot about them until this morning but says she will send them right over. She logs on, downloads it all in a few steps and sends it well within 10 minutes – tailored to your requirement. The accounts department looks pretty lean, Admissions Cell already has all their information organized and unlike your Engineering in charge, the ERP doesn’t forget. The result is that you have everything that you need without the use of otherwise employed resources, well within time and error free. All this and Suzie gets to have a coffee like she always wanted!

An ERP system is the ultimate tool for a productive lean organization. The fixed costs associated with resources are usually dependent on the scale of operations and usually baffle top Executives acting as a hurdle towards improving their bottom line performance. An ERP system is scalable, cheaper than human resources, and is not erroneous. It does jobs faster, in an orderly fashion, without manual intervention. It lets you focus on things that matter while not letting anything slip unnoticed and hence saves you a great deal of money. 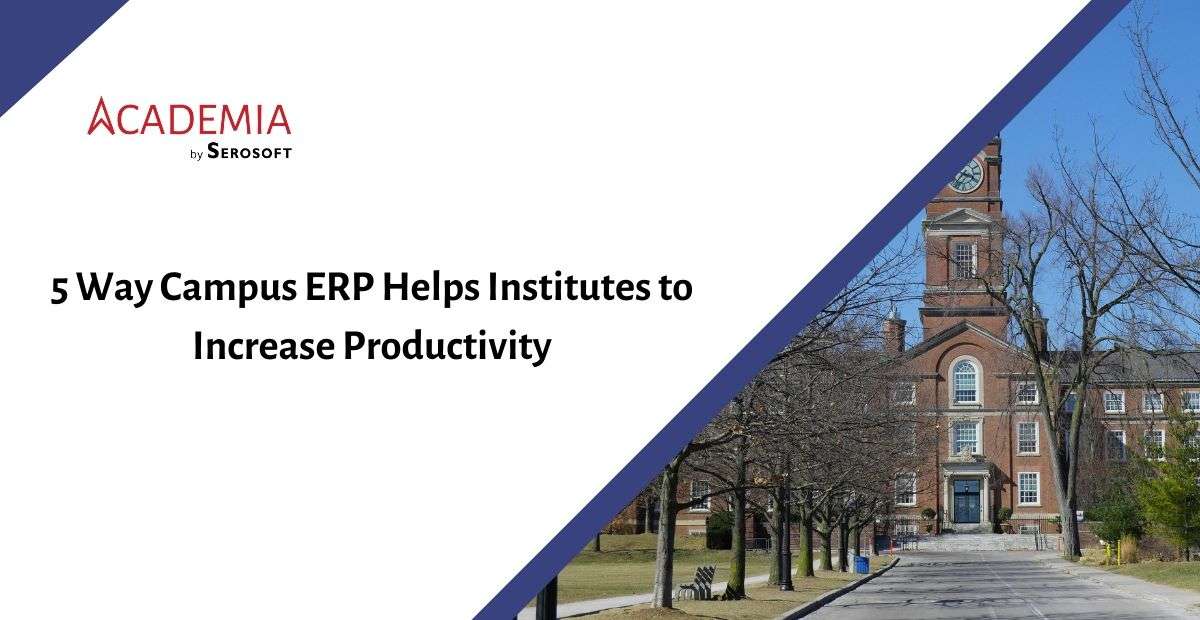 How Can A Campus ERP Increase Productivity in Institutions

Why is Automation Important for Educational Institutions